Behind at Birth: The Challenges Facing Black Moms and Babies in Butler County 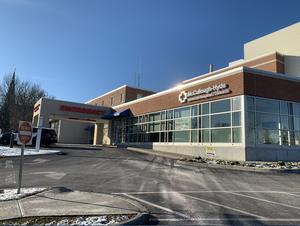 In the United States, Black babies are far less likely than white babies to celebrate their first birthday. According to the US Department of Health and Human Services’ Office of Minority Health, Black babies have 2.3 times higher infant mortality rates than their white counterparts.

“Racism plays a huge role in creating additional stressors that African American/Black women face from day to day, regardless of income or socioeconomic status that their white counterparts never experience,” Coya Taylor, an employee of Butler County Educational Service Center and the coordinator of the Butler County Partnership to Reduce Infant Mortality (PRIM), said.

“Infant mortality in the Black communities knows no socioeconomic bounds, as it affects women all across the board. Because of this, there is a lack of trust in the healthcare system and direct services from medical providers because of bias, as well as a lack of prenatal education, lack of knowledge in resources and the list can go on.”

Taylor is the supervisor of a $1.3 million grant given to the Butler County Educational Service Center by the Ohio Department of Medicaid in an effort to lower infant mortality among Black babies in the county.

In recent years, Ohio has spent millions to save infant lives, directing a majority of the focus to minority and high-risk communities. Gov. Mike DeWine, who took office in 2019, has made improving maternal and infant health a bedrock of his administration.

Ohio ranks in the bottom six of all U.S. states for infant mortality rates while Butler County had the fifth-highest number of pregnancy-related deaths in the state from 2008–2016, according to the Ohio Department of Health.

Dr. Helane Androne, an interdisciplinary and communication studies professor of English at Miami University, said that as a Black woman, giving birth to her son in Ohio was nerve-wracking. He was born premature at 27 weeks and spent two months in the neonatal intensive care unit or NICU.

“My relationship with infant health and mortality at the time was really scary because Ohio had such an awful record, frankly, even among educated people but particularly for African American women,” Androne said.

Androne says her grandmother was a direct victim of racial disparities in medical services. Her grandmother passed away at home after doctors put her in a basement with leaking pipes because she couldn’t be near white patients in a segregated hospital.

Although the medical experiences of Black patients have improved since the days of segregation, the disproportionate rates of Black mother and infant death exposes a gap in healthcare that has yet to be sealed.

According to researchers Dr. Dierdre Cooper-Owens and Dr. Sharla M. Fett, co-authors of “Black Maternal and Infant Health: Historical Legacies of Slavery,” the deep roots of systemic racism and implicit bias are large reasons for the disproportionate mortality rates of Black mothers and babies.

“Doctors, unfortunately, don’t treat many of their black patients the same as they do their white patients,” Cooper-Owens said. “So that comes into play with blaming Black patients for not coming into prenatal visits or having bad diets.”

Cooper-Owens says research suggests that Black mothers and babies are safer in the care of Black doctors. According to the Association of American Medical Colleges, only 5% of active physicians in the U.S. are Black.

“How do we get the 95% who are not Black on board so that they are then having the kind of outcomes that their Black peers are having when it comes to Black patients?” Cooper-Owens asked.

Caroline Leonard, a nursing student at Miami University, says she was not aware that maternal and infant mortality rates are much higher for Black mothers and babies than for any other race.

Leonard works 8-hour rotations each week on a labor and delivery floor of an Ohio hospital, yet was never taught about the racial disparities in maternal and infant mortality in her clinical setting nor at Butler County’s largest higher education institution, Miami University.

Cooper-Owens also suggests that medical practitioners should form alliances with birth workers who have positive outcomes when working with Black patients and with organizations who put reproductive justice and birth justice at the forefront of their work.

Myla Perry recently founded an organization in Butler County that does just that. The non-profit, NyNi, Inc., was created to educate, support and empower families throughout pregnancy and beyond.

Perry says NyNi, Inc.’s services, such as community workshops and support through their app, are open to all families, but they focus on women of color, especially Black mothers.

“Because we are in Butler County we are able to see the full spectrum of the needs of the mom,” Perry said. “Moms need help in West Chester and Liberty Townships just as they do in the heart of Middletown and Hamilton. These are our babies. They need someone having their back.”

Along with the efforts of NyNi, Inc., Coya Taylor from the Butler County Educational Service Center said the county is here to help Black mothers and their babies.

“Butler County cares about you, Black mothers. Help us help you,” said Taylor. “We are collectively working diligently as a county to learn from you about the gaps and disparities you experience so we can improve services to help you be successful in pregnancy, motherhood and life.”

Dr. Chaniece Wallace, chief pediatric resident at Indiana University medical school, passed away in November just weeks after giving birth. Her death is a reminder of the medical injustices Black communities face nationwide and shows that not even healthcare workers are immune to the challenges facing Black mothers and infants. Non-profits like NyNi Inc. and initiatives like PRIM hope the work they’re doing can begin to bridge this gap in care.